With so much content available on Netflix, it can be tricky to decide what to watch. If you're sick of aimlessly scrolling through the series category, with no idea which to go for, we're here to help. Here's our top 10 best series to watch on Netflix right now… 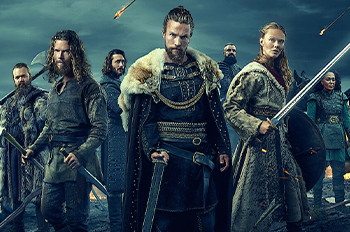 In this sequel to Vikings, you follow Leif Erikson, Freydís Eiríksdóttir and Harald Hardrada on an epic journey that spans new reaches with new fights to survive in an evolving world with enemies at every turn. Spanning from Kattegat to England and far beyond, Vikings Valhalla will keep you hooked with its generous increment of violence, love and adventure. 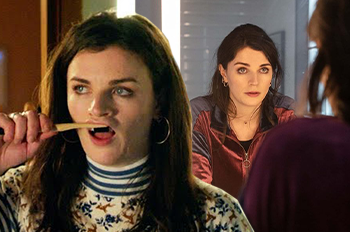 This British comedy-drama explores the day to day struggles of mental health and how it can not only affect those afflicted by it but their families and those around them. Written by and starring Aisling Bea, This Way Up is an entertaining insight into the life of an Irish teacher living in London. 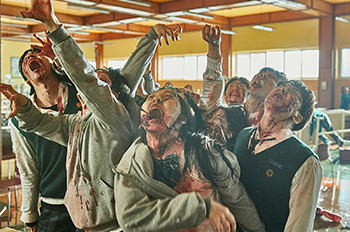 Taking the internet by storm upon its addition to Netflix, All Of Us Are Dead is a Korean produced series premised around the outbreak of a zombie virus in a school in South Korea. the food and water supplies quickly dwindling, the students must fight for survival and to escape this new hell that is spawning around them. 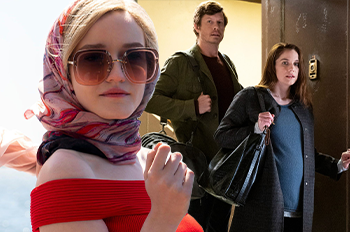 Based on the New York Magazine article by Jessica Pressler, Inventing Anna follows the investigation into a certain Anna Delvey who, posing as a German Heiress infiltrated and carved out a space for herself in the New York high society scene by means of trickery and deceit. 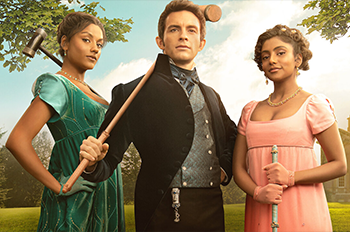 An instant favourite with rave reviews across the country right from the off. Bridgerton is a period drama like no other. Set in the Regency era, the eight close-knit siblings of the Bridgerton family find themselves approaching the choppy waters of high society England as they all wrestle with the conformities and expectations of their peers! 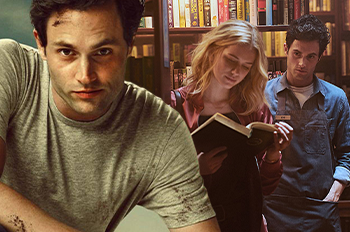 Joe Goldberg, a bookstore manager unexpectedly meets aspiring writer Guinevere Beck and they live happily ever after… well, not quite. After Joe becomes infatuated with Guinevere, he draws on his twisted obsession with social media to infiltrate her life, tracking her every move and manipulating her world to remove any obstacles that might get in the way of a future together. 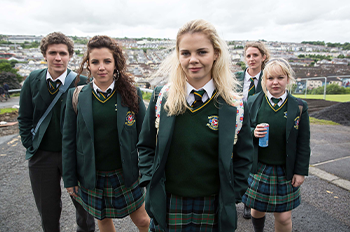 During a time of political and social unrest in the Irish town of Derry, five friends; Erin, Orla, Clare, Michelle and James are just living the (not so average) life of catholic high school students in a time of tense social pressures. If you’re looking for a bit of tongue in cheek humour with a dash of absurdity then Derry Girls is perfect. 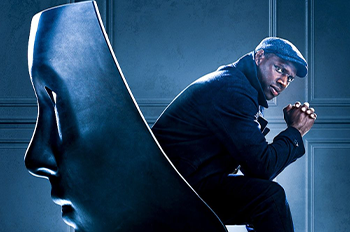 A lifetime spent on a journey to avenge his father, Assane Diop seeks to take up the mantle of ‘Arsene Lupin, Gentleman Burglar’ to exact his goal. An applaudable performance by French-Senegalese actor Omar Sy, as he masters the art of misdirection and disguises to pull off some truly exceptional; feats. This series is packed with limitless intrigue woven into an action-packed spectacle. 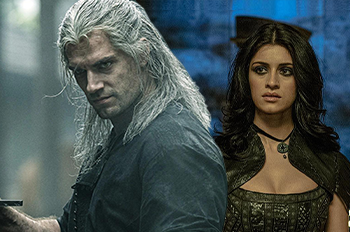 Based on book series by writer Andrzej Sapkowski, this series follows Geralt of Rivia, a solitary monster hunter belonging an order called ‘Witchers’. In a world of beasts and monsters, Geralt finds that often the those that are most beastly in the world are those that call themselves human.

A British comedy-drama based around the lives of the teachers, students and parents of the fictional Moordale Secondary School. The series follows the challenges that the students go through and how they adapt and overcome them. Ripe with delightfully awkward and relatable situations from sex to school plays (sometimes at the same time), Sex Education is a must-watch for anyone after some light-hearted, easy-to-watch comedy.

Hopefully, you've seen something that sounds like a bit of you on this list. Take the plunge and get stuck into any of the series above for some quality TV time!