Top 10 Most loved Video Game Characters of All Time

Here it is, the definitive list of the cream of the crop, the best of the best, crème de la crème, your most loved video game character of all time!

We have trawled through some of the most popular games from the legendary platforms of the great Italian plumber to the monster saturated kingdom of Rivia, to compile a cohort of the most charismatic, caring, and downright chaotic characters to have ever appeared on our screens. So, sit back and enjoy the ride as we dive right in. 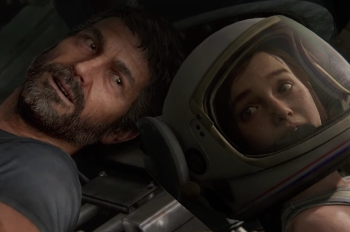 So, to start off we have a pair of characters that have cemented their place in all our hearts in the last few years. With the release of the second instalment of ‘The Last Of Us’ on PlayStation, Ellie has once again shown us that her will to survive is truly a force to be reckoned with. Even with Joel having a somewhat reduced part ‘The Last Of Us Part II’, his rough and relatable persona still shines through to make for a strong entry onto our list. 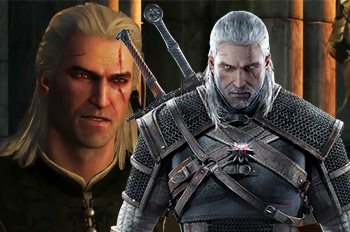 First seen in the original Witcher game, Geralt of Rivia started out as a bit of blank canvas gradually building up a character that rose to become one of the most recognisable characters in modern video games. Geralt achieved true stardom in the most recent game, The Witcher 3: Wild Hunt. Bringing a breath of fresh life into the character, The Witcher 3 sees the grim voiced monster hunter show some, previously non-existent, compassion and even love… but that not to say that developers haven’t dialled up the incredible open world gameplay and top tier combat mechanics. 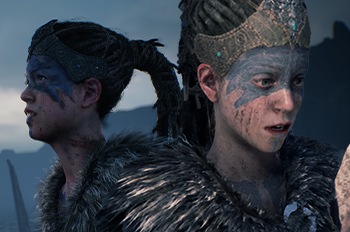 Suffering from severe psychosis, Senua believes she is afflicted with a terrible curse as she descends to depths of Helheim to rescue the lost soul of her dead soulmate from the goddess Hela. Despite the tough exterior and martial prowess of this Pict warrior, you also dive into her vulnerable psyche and journey with her as she defeats her demons both inside and out. 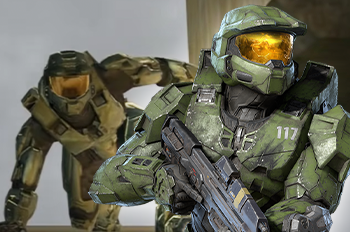 The iconic face of the legendary game series Halo couldn’t be missed off the list. This interstellar super-soldier has been blasting aliens since 2001 in the first instalment of the Halo game series Halo: Combat Evolved. For those of you who don’t know, Master Chief is a 7ft tall, armour-clad super soldier, trained from childhood to fight the wars that beset mankind. What master chief lacks in emotion and compassion he more than makes up for in ingenuity and combat prowess. 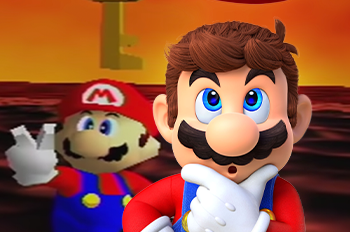 With little need for introduction, our next entry to the list is the universally adored Italian plumber, Mario. First appearing all the way back in 1981 under the name ‘Jumpman’ in the game Donkey Kong, Mario has become one the most iconic characters in videogame history. With countless games to his name, this little plumber was a no brainer when choosing our list of the most loved video game characters of all time. 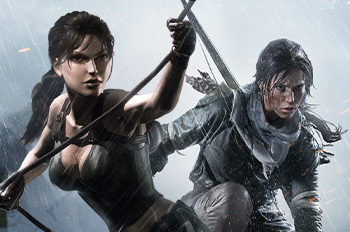 As the protagonist of the Tomb Raider series, Lara Croft is an archaeologist extraordinaire with a very… very broad set of skills. This gun wielding, front flipping, treasure hunting, mixed martial artist has seen many renditions from the original ‘geometric’ visage on early consoles, like PlayStation and Sega Saturn, to the much evolved and much more relatable iteration in the 2018 game, Shadow Of The Tomb Raider. 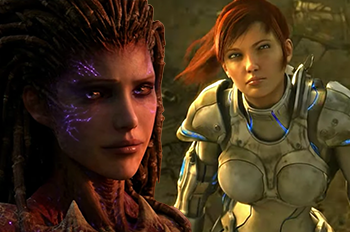 Starting out her career as a Confederation Ghost, Sarah Kerrigan is a Human with potent psychic abilities. Throughout the StarCraft timeline Sarah see’s betrayal, death, possession, infestation, revenge and more. Rising from the rank of an assassin to the Queen of an endless horde of alien beasts, Sarah Kerrigan has a story to rival that of any other character on this list. 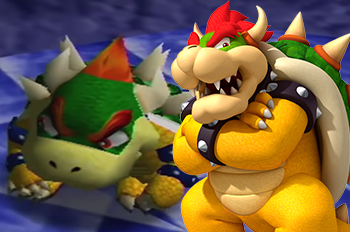 The arch-nemesis of the much-loved Mario, Bowser is the Ying to his Yang, the Joker to his Batman, the Captain Hook to his Peter Pan, the… well, you get the idea. Bowser is a massive, fire-breathing Koopa, a fictional turtle like creature. This less than savoury character is intent on kidnapping Princess Peach and defeating his long time, Italian plumber nemesis, Mario. 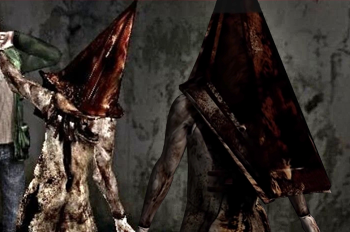 The physical manifestation of the protagonist’s subconscious, Red Pyramid Thing, otherwise known as Pyramid Head, is the haunting, ever-present threat that has fast become the poster boy of the infamous Silent Hill series. Probably not the most loved character in gaming history but definitely one of the creepiest. One that has, no doubt, had more than a few of us scrambling for the off button during a late-night gaming session. 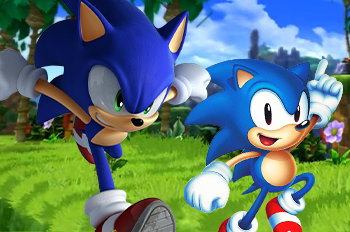 He’s blue, he’s spikey and boy can he move! It was inevitable that this high-speed hedgehog was going to careen his way onto this list at some point. This anthropomorphic hedgehog uses his supersonic speed to dodge and weave around enemies and obstacles alike. Sonic has his first appearance in 1991 as a simple dangling decoration for you rear view mirror in the game Rad Mobile, and since then has achieved legend status in the gaming world.

So, there you have it, our picks for some of the most loved (or just iconic) characters in video game history. Let us know if you would make any changes to our list on twitter… or Facebook!