Block-headed, button-eyed Funko Pops are such a great way to show our love for some of our favourite pop culture icons, from The Grinch to Britney Spears! Whilst most of us buy our Funko Pops for the joy of seeing our favourite characters brought to life, collectors stand to make some serious money by adding the rarest Funko Pops to their collection.

How Did Funko Pops Become So Big?

Funko Pops seem to have exploded in popularity over the last 5 years or so, but they’ve been around for a lot longer! Funko originally started out as Wacky Wobblers in 1998. They sold nostalgia-inspired bobbleheads, like the Big Boy fast-food chain mascot.

The company was bought by Brian Mariotti in 2005, who massively expanded the product line. The Funko Pop line we all know and love today was first released as Funko Force 2.0 at the 2010 San Diego Comic-Con and surprisingly met with mixed reactions. They started off with just 4 figurines: a blue Batman, a metallic blue Batman, a metallic black Batgirl and a glow in the dark Green Lantern. Fans were initially unsure about the figurines, as they missed the traditional bobblehead design.

Nonetheless, Funko pushed forward and released their first line of Funko Pops in 2011. They proved massively popular, and Funko has been buying more and more licensing rights ever since. The initial Funko Pops were all roughly 4 inches in size and stood in a neutral pose, but as the number of characters has expanded, so too has the diversity of the figures! Funko Pop’s now come in various sizes and different poses to better capture the character they’re depicting. From The Last Airbender’s Aang, well, air bending, to Wolverine with his claws drawn. There are even full scenes depicted, like Harry Potter jumping in the air to catch his letter from Hogwarts.

Funko Pop has also released a number of exclusive or limited edition figurines over the years, which should inspire the hunter in any collector! Take a look at some of the rarest Funko Pops below. 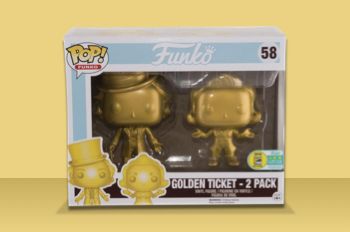 Funko took a cue from Willy Wonka and gave out special Funko chocolate bars to attendees of the 2016 Funko Fun Day. 10 golden tickets were randomly hidden inside these chocolate bars, and the winners received a tour of the Funko factory and a Golden Willy Wonka and Oompa Loompa. With only 10 in existence, these are probably the rarest Funko Pops in the world! 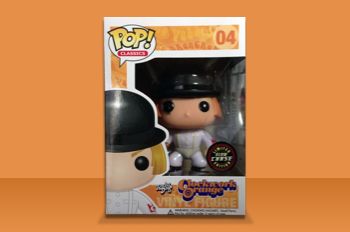 This is thought to be the most expensive Funko Pop ever, with a current selling figure of over $13,000! If you haven’t heard of Funko Pop’s Chase range before, it’s a limited edition figure with a slight variation on a Funko Pop that has been released before. Every Chase figure is marked with a gold sticker on the front of the box, and the Clockwork Orange Glow in The Dark Chase has been personally signed and numbered by Funko’s previous CEO, Brian Mariotti. Luckily for him, there were only 12 released! 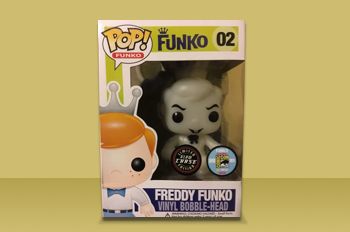 If you’re new to Funko Pops, you might not know that Freddy Funko is their ever-popular mascot! He appears at all their conventions and has his own figures, as well as figures of him guised as other popular characters. In 2011, Freddy Funko appeared as the cereal mascot Count Chocula. They also exclusively released 12 glow in the dark figures at the 2011 San Diego Comic-Con, which makes it a rare find indeed - especially since it’s now worth a whopping $10,000! 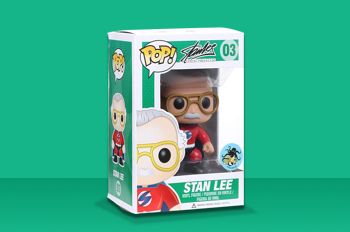 There’s no denying that Stan Lee is a legend - anyone with even the slightest interest in comic books or superhero movies could tell you that. Before his death, Stan Lee teamed up with Funko to design his own Funko Pop. He opted for a red metallic superhero suit. There were only 12 of these figures made and each one was personally signed by Stan Lee, which only adds to its value. Buying this Funko Pop will likely set you back around $8,000. 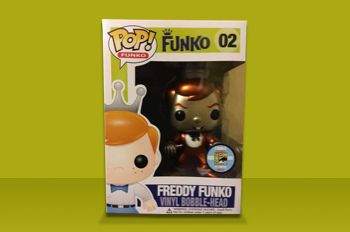 Although slightly less expensive than his glow in the dark brother, the metallic Freddy Funko as Count Chocula is still one of the rarest Funko Pops in the world! Just 12 were released at the 2011 San Diego Comic-Con and it has been coveted by collectors ever since. 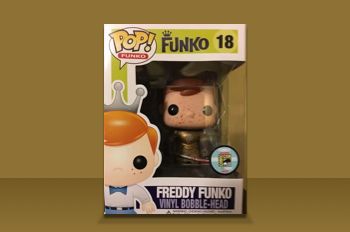 Freddy’s back, this time as a blood-sprayed Jamie Lannister from Game of Thrones. Surely one of the most popular series of all time, Funko Pop jumped on the opportunity to release Game of Thrones figurines, including everyone from Khaleesi to a headless Ned Stark. They also took the opportunity to release limited edition figures, which they knew their collectors would love. This is their rarest Game of Thrones figure, with just 12 released exclusively at the 2013 San Diego Comic-Con. 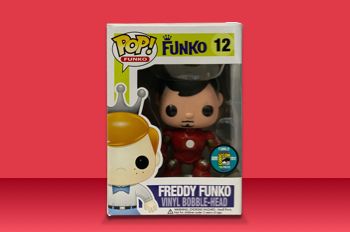 Are you starting to notice a theme? Freddy Funko appeared as Iron Man in a metallic red suit at the 2012 San Diego Comic-Con, where they released just 12 figures. They also released a non-metallic version at the same time, with 96 figures, which has also proved very popular and recently sold for close to $5000, so could be another great addition to your collection. 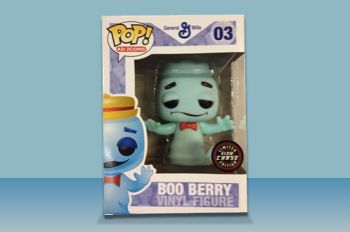 Boo Berry is another popular cereal mascot in the US, which taps into the nostalgia collectors have for their favourite childhood breakfast. After the success of the original Boo Berry line, Funko Pop produced 24 glow in the dark Chase figures. These were sold exclusively at the 2011 San Diego Comic-Con. 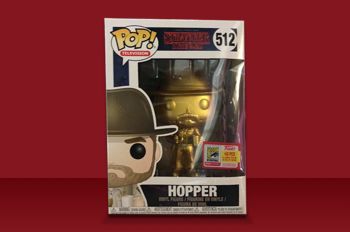 Unless you’ve been living under a rock for the past 6 years, you’re sure to have heard of the cultural phenomenon that is Stranger Things. Eleven and her gang have been fighting monsters from the Upside Down since 2016 - and in 2018, Funko Pop decided to release an exclusive Golden Hopper at their Funko Funday convention. There were just 40 figures released, making this another incredibly rare find. 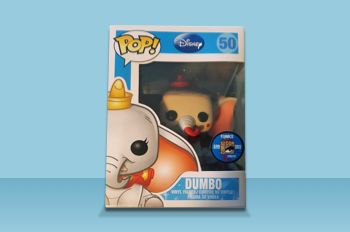 Think about it - Disney and Funko Pop are a match made in heaven! They both have die-hard fans, who’d love to have a little piece of their passion in their home. Funko Pop have an expansive Disney range, including all our favourite childhood films. In 2013, they released 48 figurines of Dumbo in clown paint at the San Diego Comic-Con, which captured an iconic scene from the classic film.

If you’re lucky enough to own one of these rare Funko Pop figures, make sure you do some research before selling so you can get the best price. And if you’re looking for one of these figures, good luck hunting!